James Bird is a talented artist, writer, filmmaker, and now author of his debut novel, The Brave. His gifts are unique and his perspective is fresh and full of hope. I had the good fortune to meet him several years ago at the Big Island Film Festival in Hawaii. My debut short film was playing at the festival and his feature film-screenwriting debut film, FROM ABOVE, had been selected as the winner. It was an exciting time! 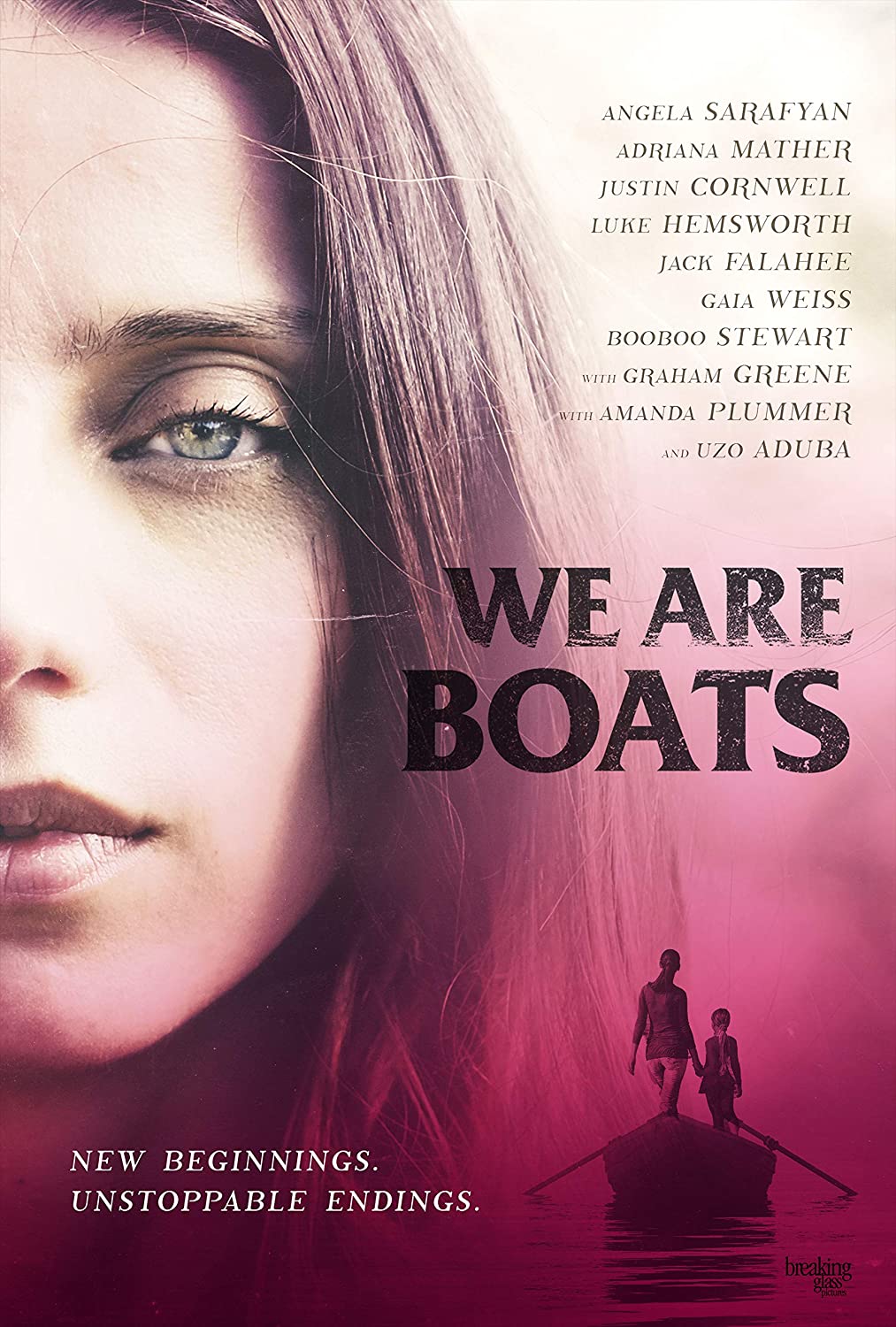 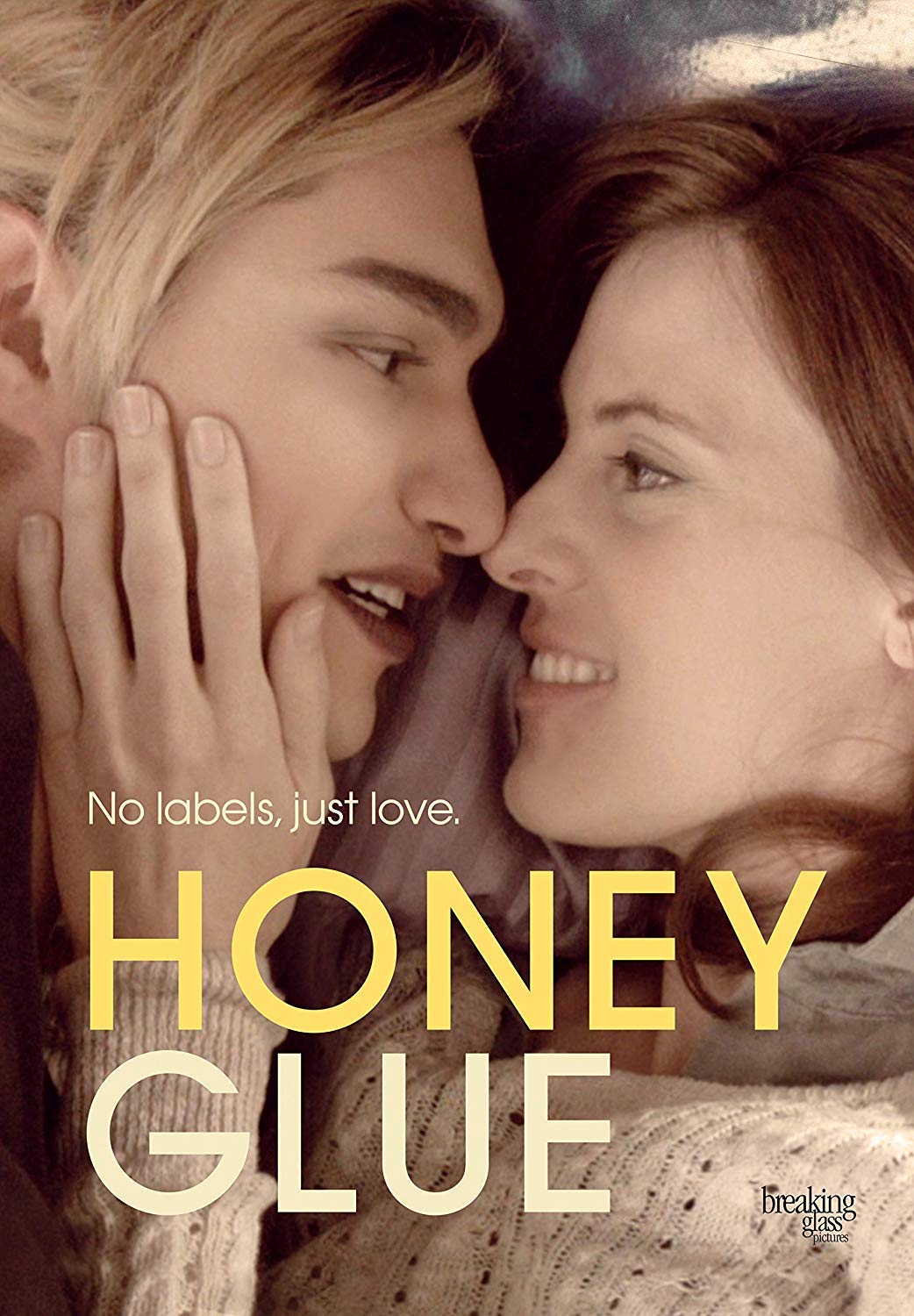 Since then, James has written, directed, and produced films with his wife and business partner, Adriana Mather. Their Zombot Pictures continues to produce exceptional films such as HONEYGLUE and WE ARE BOATS, and they both have successfully ventured into the realm of YA novel writing.

All this is exciting enough, but it pales in comparison to what James would consider his greatest achievement—the birth of his son.

I'm so happy that James agreed to talk to me about his new life and his wonderful new book.

Elizabeth Gracen: James, it has been a long time since we met at the Big Island Film Festival in Hawaii so many years ago. Time has flown by, and we have both gone through many changes since then—and the world is much, much different. You’ve become a filmmaker of two terrific films, and you’re now married and have moved out of Tinsel Town. You have a sweet baby boy and now you have a debut novel—The Brave. It’s all wonderful! I’m very excited for you. Would you tell our readers a little bit about yourself and your journey?

James Bird: Ah, yes . . . Hawaii. It is still the most beautiful place I’ve ever been to. And yes, so many things have changed since then. Some in good ways, some not so much. I am lucky to say all of my changes have been very good. But to answer your question, my journey . . . hmmm. I guess my journey began on the not-so-lucky end. I grew up very poor. My Native American mother was a single parent with three kids, so life was pretty tough. We were often evicted from apartments, lived in and out of motels, sometimes in a car. But as a kid, I didn’t know it was bad. It’s when I grew up and looked back at it, only then I realized how difficult we had it. But life goes on, and I was lucky enough to find my path. And I traveled it. I wrote scripts, directed films, penned my first novel, and became a dad. Life is great, and my goal in life is to have my son one day look back and say he had a great childhood. That’s all I want.

EG: Let’s talk about The Brave. It’s a middle-grade novel about a boy with OCD who travels to live with his biological mother on a reservation. I know that you are of Ojibwe descent—is this book autobiographical? I suppose all books have an autobiographical thread running through them, but I’m curious about why you wrote this particular book.

JB: My main character, Collin, is neuro diverse, which can mean many things. I was never diagnosed as such (not sure the term existed back then), but I did have my heavy load of learning disabilities, I guess. I would constantly scramble words to make new words, dissect sentences to make new ones, and so on. The teachers never knew what to do with me. I just couldn’t learn the way they wanted me to. My brain was “different,” and after I was put on pills and started having seizures, my mom said to me, “maybe there’s nothing wrong with your brain at all, maybe you’re just too creative.” And after that, I ran with it. I never took my pills again and began doing everything related to art: music, fashion, painting, writing, acting, directing, you name it.

JB: Having a kid and seeing how a child’s brain works really made me want to explore younger characters and childhood situations again. It’s my way of righting my wrongs a bit, maybe. I’ll still make films and write scripts, but I found a new love with writing novels.

EG: Your wife, Adriana Mather, is an actress and YA author of How to Hang a Witch and Haunting the Deep. What’s it like with two writers living in the house, raising a toddler?

JB: It’s pretty nuts. I told her to keep busy writing and I’ll just retire and just raise Wolf 24/7, but she refused. We both fight over that baby. He gets 1,000 kisses a day. But we take shifts. She writes all morning and then around 2 or 3, it’s my turn to write. However, I always give her my shift and keep playing with the baby. So, she’s getting a ton of writing done. And I’m happy.

EG: I met you when you were living in the Los Angeles area, but you’ve made a big move since that time. What prompted you to leave Hollywood behind for life in Massachusetts? How do you like being on the East Coast?

JB: I was born and raised in Los Angeles, so I never experienced seasons. And my childhood was full of poverty, which can be dangerous. I was in very poor neighborhoods, so I fought as a kid a lot. I want my son to have a better start than I did. Clean air, seasons, safer area, and to grow up far away from Hollywood types. I love the East Coast. It’s full of nature, and I’m right on the ocean.

At home in Massachusetts

EG: It’s a time juggle to raise kids and work at your craft—let alone when both caregivers are writers. How do you two structure your time to work?

JB: When I do write, I write when my wife takes the baby to grandma’s for a visit. She’s gone for a couple days, and I lock myself away and write about 15 hours straight each day. Adriana is more sane about her writing. She writes from 9 a.m.–2 p.m. every day.

EG: I follow you on the socials, and I know that you have strong convictions and promote all sorts of causes. Do you consider yourself an activist? What are you most passionate about in that regard?

JB: I care about so many things, but I’d say my deepest focus is on animals. I donate to sanctuaries, rescue animals, sign petitions, and I have not eaten an animal in over 14 years. My film We Are Boats was the first 100% cruelty-free film ever made. No animals were harmed, worn, eaten, or exploited in the film. I also really, really hate Trump and everything he stands for.

EG: Last question . . . what’s next? Another film? Another book? Another kid? What are the creative muses pulling you toward? What can we look forward to from you in the future?

JB: I have since written three more novels, three children’s picture books, two more scripts, and I really want to one day open a vegan diner. . . . But what’s next? I don’t know. I hope to never have an answer for that question. I’ll just keep doing and keep doing and if some of them take off, great. If not, I’m just happy doing what I’m doing. Also, I might want to have a little girl in the next couple years. We’ll see.