During this down period, I’ve been able to devote a great deal of time to learning more about this unique city among cities—Venice. I found myself humbled, not only by how much I did not know but by what I thought I knew and was flat-out wrong about. So, this blog promises to reveal secrets that you will find shocking, lurid, and sensational! Okay, that was just to keep you reading. Maybe you’ll find these facts about Venice as interesting as I do.

The city of Venice consists of 118 islands.

You see? I’m already wide of the mark! Most ignorant people, including me, think that Venice floats on water, in constant danger of tipping into the sea. Why else did they name it the Floating City? Now I suddenly discover that the settlers built it on actual islands. Colour (U.S.: color) me red with embarrassment!

But way back when, you’ll be amazed to learn, no bridges existed at all; the people used private or public boats to go from one island to another. As the city grew, it became necessary to connect the islands, and so the city fathers built flat wooden bridges, easy to cross by horse and carriage. During the 16th century, Venice started to rebuild its bridges from stone and with an arch in order to allow the growing number of boats to pass underneath. Initially, they didn’t even have handrails (I imagine a few tumbles in the water compelled the city to eventually add them).

Although the Grand Canal snakes almost 4 kilometres through the heart of the city, only 4 bridges traverse it.

Apart from the uninteresting northern-most bridges—the 20th-century Scalzi, providing access to the Santa Lucia Railway Station, and the new Constitution, linking the railway station to the bus terminal and parking complex at Piazzale Roma (the only place which allows ground transportation)—we can truly appreciate the majestic 16th-century Rialto Bridge and the splendid Ponte dell'Accademia, which dates back to the mid-19th-century. 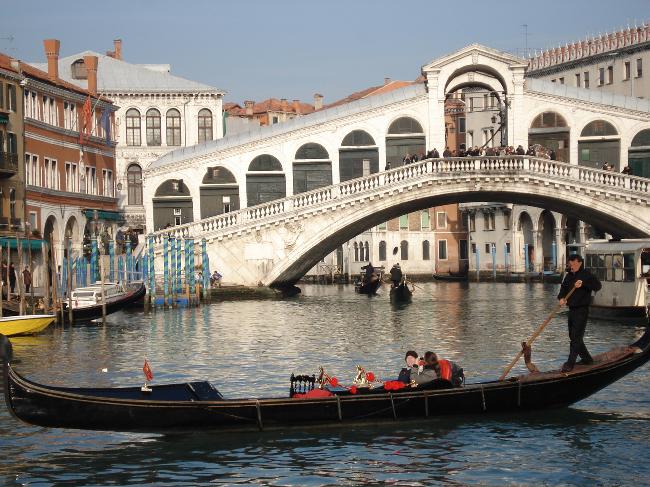 Venice sits smack centre in the Venice Lagoon, an enclosed area of 500 square kilometres, connected to the Adriatic Sea by three canals. Due to its shallow depth, the lagoon actually qualifies more as a big puddle than a sea.

Wait a minute—there are 32 islands other than Venice?!

Yes. For example, the 6-acre Lazzaretto Vecchio. Why is this little island interesting? Because from the 15th to the 17th centuries it housed a hospital for plague victims. Ships on their way to Venice had to first anchor here, where crews and passengers went into quarantine. Fun fact: the word “quarantine”comes from the Italian quaranta giorni, or “40 days."

Archaeologists have unearthed over 1,500 skeletons on this little island, with thousands more buried. The death-toll during the height of the plague reached 500 a day. History repeats! The Venetians invented the notion of quarantining the sick 600 years ago, before they even knew how germs spread. The current lockdowns and physical-distancing rules only make that much more sense.

Here’s an excellent article on the Black Plague in Venice.

For the less macabre, and especially those of you into glass, check out the island of Murano, actually seven little islands linked by bridges. In the13th century, the Venetian city government ordered glassmakers, who had an annoying habit of burning down the city, to move their furnaces to Murano. Murano Glass, also known as Venetian Glass, became world-famous for its quality and beauty and, to this day, glass artisans still employ their centuries-old techniques on everything from kitchenware and art to jewellery and wine stoppers.

Take a 40-minute ferry ride to Burano, known for its lace and brightly painted houses. The colours follow a specific system, so if someone wants to paint their home, they have to send a request to the government for permission to use that colour.

The sprawling Lido enjoys its reputation as the most popular island in the lagoon. It stretches for 11 kilometres and calls itself home to 20,400 residents, fabulous beaches, and the Venice Film Festival.

Lord Byron, when he resided in Venice, used to visit Lido regularly. I seem to be following in the great man's footsteps, apart from the fact that I'm neither running from sex scandals nor debts, wouldn’t even attempt to swim the

14 servants—but wouldn’t mind just one, if there are any volunteers!—and certainly can’t write poetry. BTW, don’t try swimming in the Venice canals now or you’ll get arrested.

Back in the year 453, the original settlement of Venice started on Lido after Attila the Hun invaded Italy and forced the terrified mainlanders to flee to the safety of the lagoon.

I’d been planning to visit Lido for a while and decided to finally take the plunge. I started the day by walking 1.7 kilometres to the Piazzale Roma.

Andrea on the ferry to Lido

I had the option of taking a vaporetto (bus) but walking actually gets you there faster. I hopped on a bus (with wheels) and crossed the Ponte della Libertà, the bridge that connects Venice to the mainland, arriving 11 minutes later in Venice’s ugly sister, Mestre, where my producer friend Andrea lives. We saddled upon bicycles and rode 13 kilometers back across the Ponte della Libertà to the ferry port, Tronchetto, where we embarked on a 31-minute sail to Lido. Venice floated by on our left as we traversed the long Giudecca Canal, passing the quiet residential island of Giudecca on the right.

On Lido, we cruised the leisurely gravel paths and bike lanes, going all the way out to a lighthouse at the eastern edge of the island, the Faro di San Nicolo.

On the Murazzi, or seawall side of Lido, we passed private beach areas before we hit an area of rocky dunes, where those who prefer catching rays for free do so on unique wooden sculptures straight out of Gilligan’s Island.

By the end of the day, by the time I'd ferried, biked, and bussed back to the Piazzale Roma and hiked back to my pad, each step seemed like a bridge too far. (Sorry.) I had bicycled 58 kilometres (36 miles to you stubborn Americans) and walked 5 miles (okay, confession: I still prefer °F to °C, miles to kilometres, and inches to centimetres. But you United States-ers and I remain the last hold-outs on the planet—you do realize that, right?).

Speaking of martinis (and non-sequiturs), when I finally dragged my saddle-sore bum home, did I look forward to one with eager anticipation? Do vegetarians eat soy burgers? Can you put pineapple on pizza?

First, a brief PSA. Ordering a martini in most bars and restaurants in Europe will get you a glass of sweet Martini & Rossi. You must ask for a martini cocktail. (Even then, you’re probably in for disappointment unless you go to places specializing in American-style drinks, like Harry’s Bar or the Bar Longhi in The Hotel Gritti Palace.) I suggest, to be safe, you ask the barkeep to first show you the bottle of vermouth. It doesn’t have to be Martini & Rossi—Noilly Prat and Dolin also make excellent dry vermouth—but it must be DRY or EXTRA DRY. See cheat sheet below. I’ve made it so easy for you. 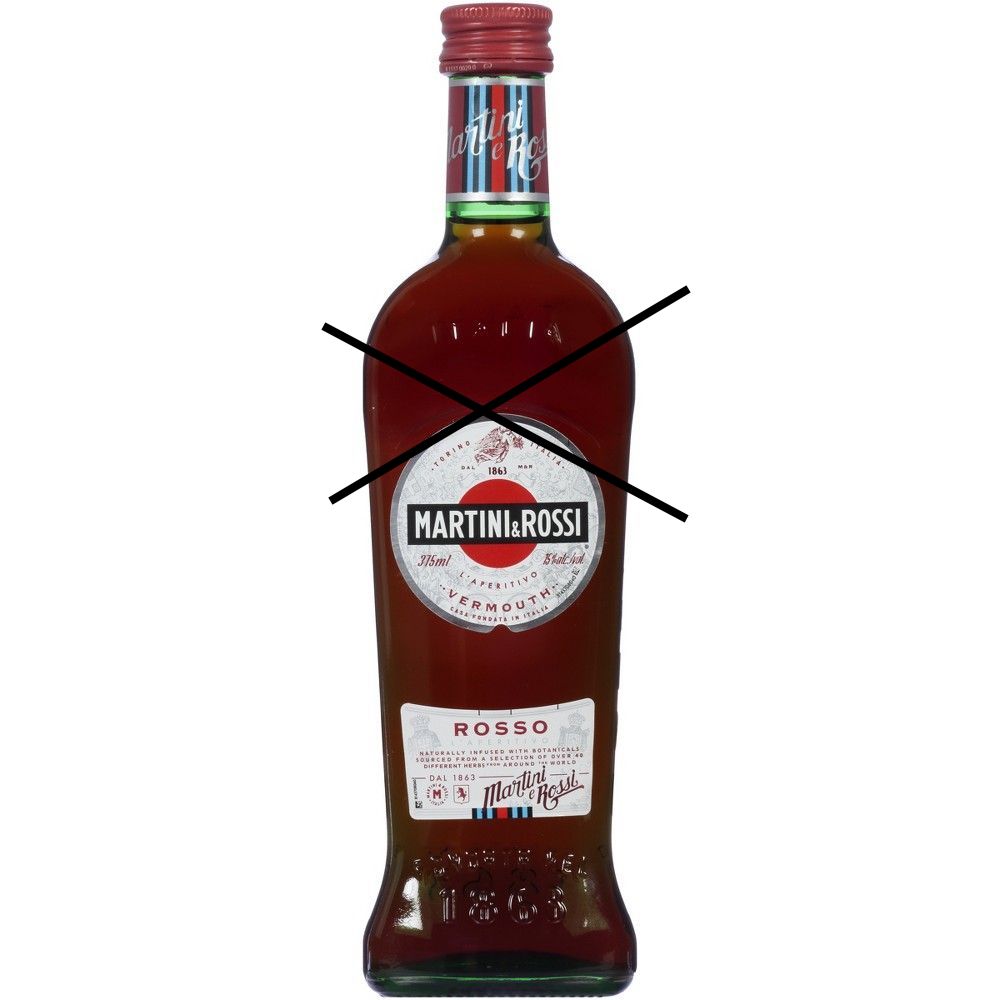 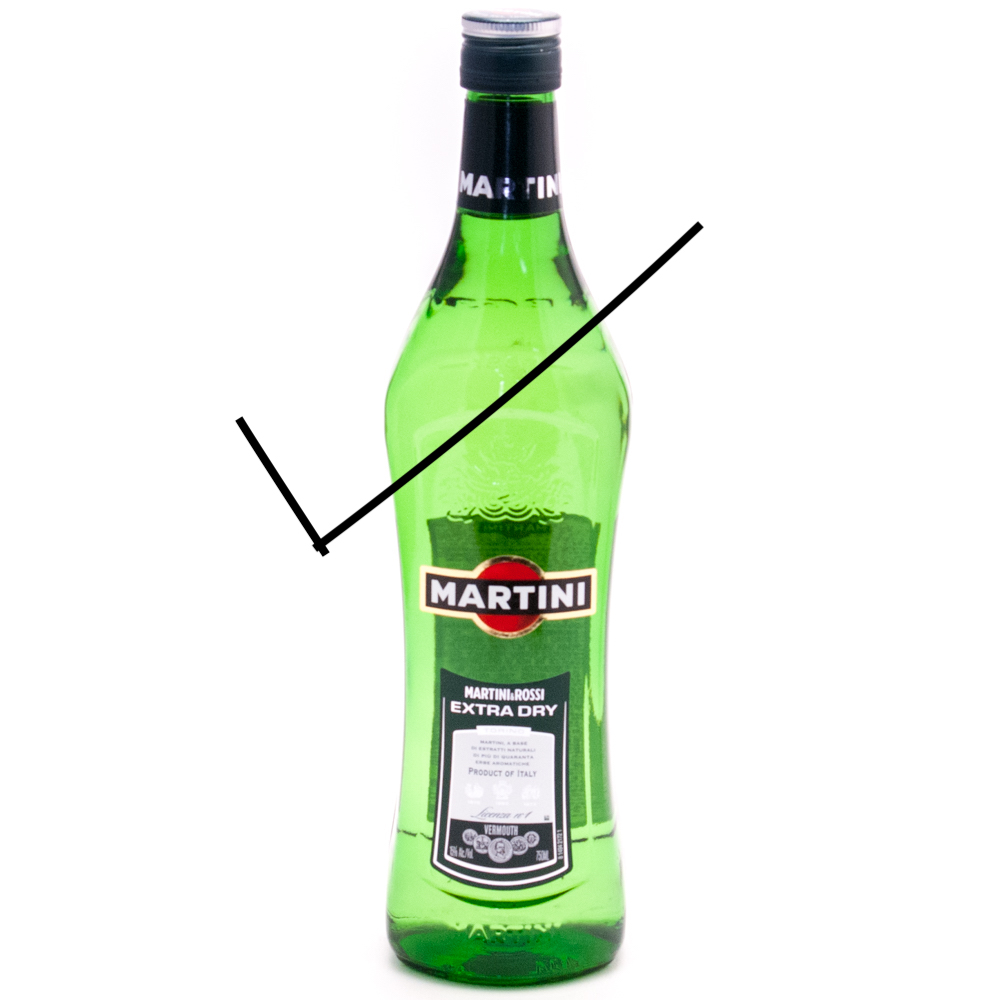 Most European barkeeps, even those who know how to make a martini cocktail and have the proper dry vermouth, will put in too much, making it an un-dry martini, otherwise known as a wet martini. If I get one of those, even after I’ve given the most explicit instructions, I send the abomination back, ask the barkeep to pour another vodka (or the traditional martini drink, gin), insist they hand over the bottle of vermouth, and then add it myself.

In a dry martini, the vermouth simply looks at the vodka. At home, in Toronto, I have a small spray bottle for coating the inside of the glass. Another option: buy a jar of olives, pour out the olive juice, pour in vermouth, and create your own marinated olives. (Some stores sell ready-made jars of olives-in-vermouth.) Many bartends and sophisticated imbibers mix ice cubes and vermouth in a martini glass, then dump the whole caboodle in the sink before they pour in the vodka. The vermouth simply coats the glass.

However you do it, remember the key to a good dry martini is for the vermouth to barely look at the vodka. Sir Winston Churchill required only that the vermouth be present in the same room. You can allow your vodka and vermouth to graze fingertips, but under no circumstances should you allow them to get down.

By the way, you should know that in Venice, if you ride a bike or any other cycle, even if you carry it, you’re breaking the law. Venice exists for boating—here is a shameless cross-promotion to a link to BOATS OF VENICE—and for walking. And getting lost. You’ll find it impossible not to get lost. But don’t worry—keep humping over the 400 bridges and you’ll eventually end up at St. Mark’s Square, the Rialto, the Accademia, the train station, or . . . somewhere.

Because, as Venetian novelist, playwright, and poet Tiziano Scarpa wrote:

“Getting lost is the

only place worth going to.”

A Stroll Through Cities Shut Down By the Pandemic